SRG Elite was founded back in 2013, and since then the SRG brand has grown from strength-to-strength through continual innovation, creative ideas and the introduction of new products.

Known for their high quality, international standard kits & leisure wear, provided at grassroots prices, SRG use advanced sublimation and embroidery techniques and as well as original eye-catching designs created by their in house designer

SRG Elite are proud sponsors of the England Wheelchair Sevens team, and have previously sponsored multiple other teams, from the Movember Vets Charity team to Amsterdam 7s.

SRG Elite also own their own 7’s event – The SRG Beach 7’s Festival. Details of this can be found at: www.srgbeach7s.com

Leisurewear – (Hoodies, Polos, T-Shirts, Jackets): Will be ready to collect between 20 – 30 days.

If you require your item sending via courier, this will incur a cost, and will take a few days extra.

If you have the wrong size, please send back to us within 14 days and unworn, and we’ll be happy to change the item for you. (Leisurewear Only)

Please feel free to drop us a message if you have something in particular in mind – or maybe you’re going on tour and would like an extreme idea/design putting onto you shirt.

Our team will be more than happy to help. 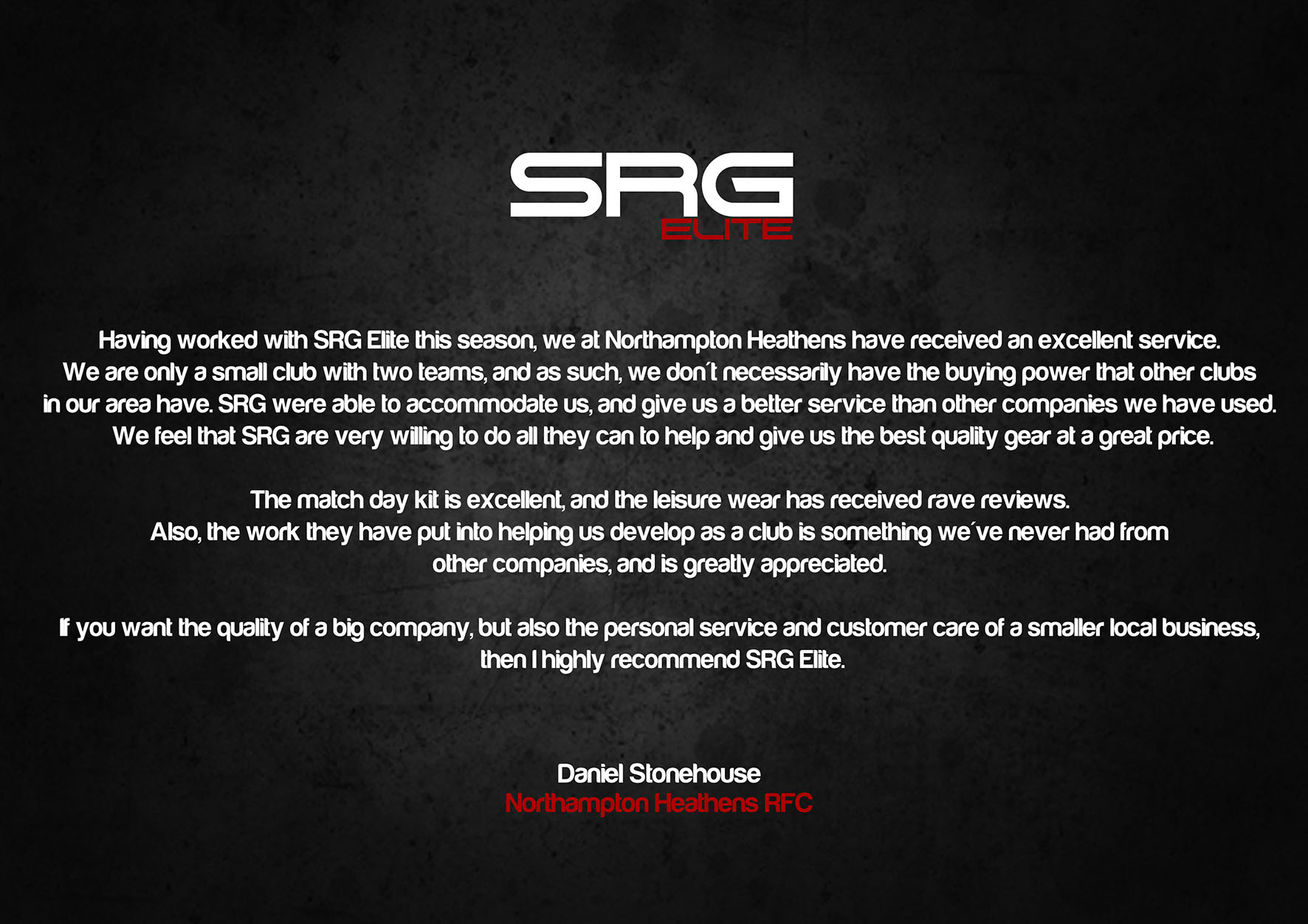 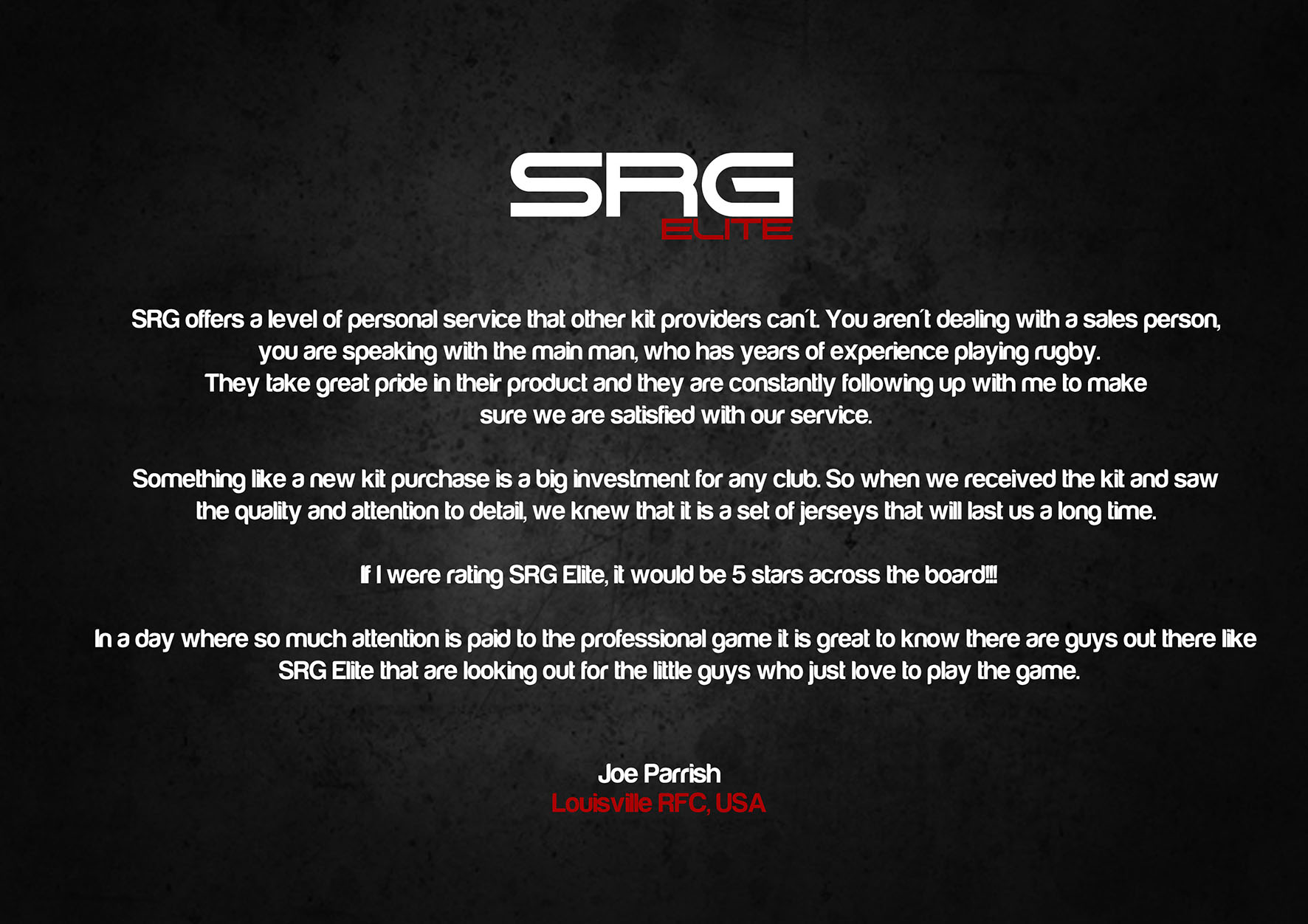 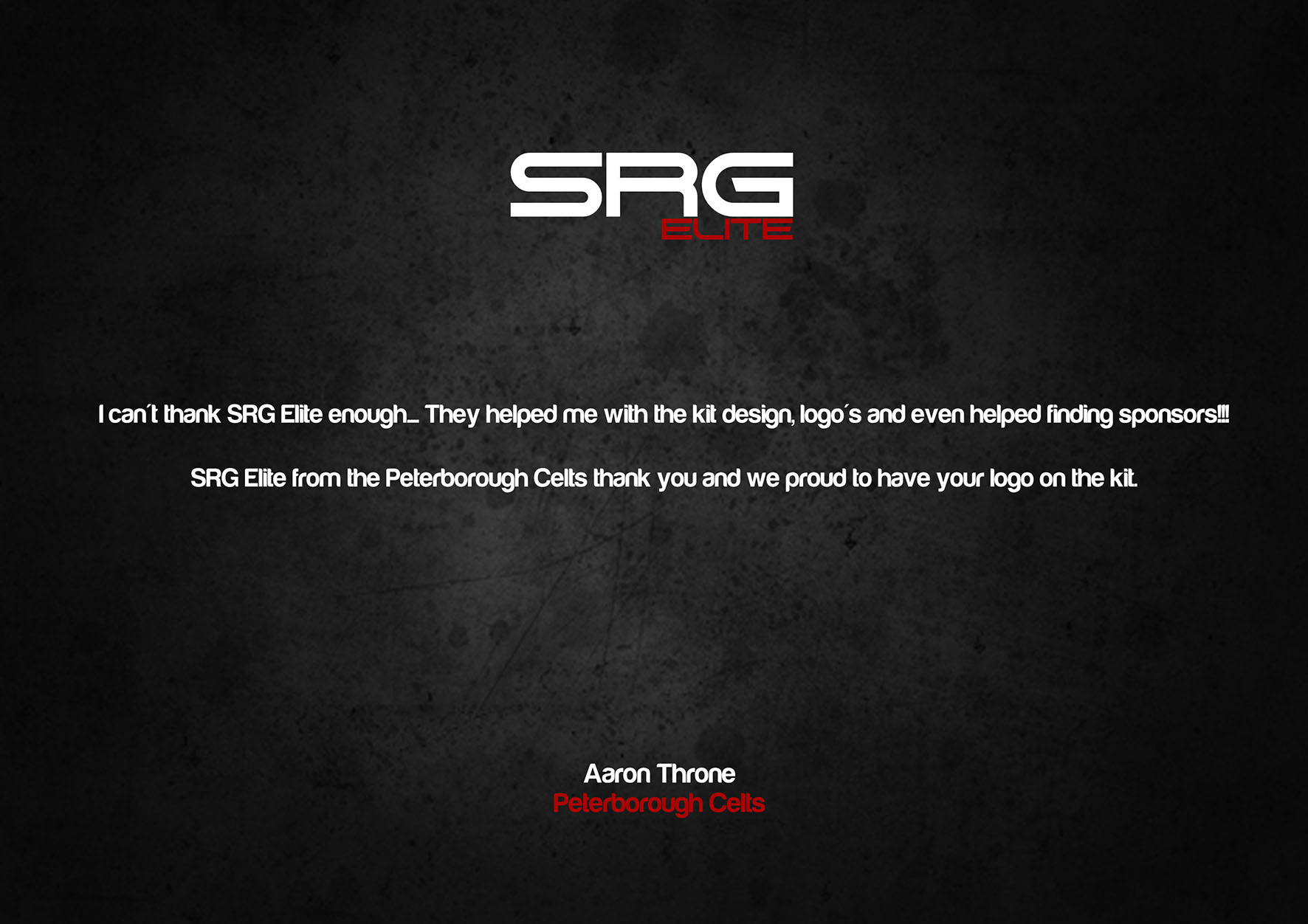